We understand that no other single system plays a bigger role in your home than your Heating. Whether you’re prepared for the heating season before winter arrives, or stuck without heat in the midst of a storm, we're here for all your heating needs. Scott Seib Plumbing and Heating offers some of the latest technologies in heating that can upgrade your comfort level, efficiency and luxury. We specialize in radiant floor heating, hot water boilers, and steam boilers for tranquil, cost-effective heating solutions. Here are some our other common heating services:

If you're looking to replace your existing system, we can advise you about the most current high-tech units available.

We are the Steam Heating System Specialists ! 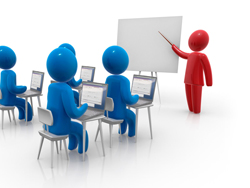 Hot water boilers don't have as many problems as steam boilers and are more forgiving but people live with boiler issues because they think it's all part of heating with hot water. One of the most common problems is a noisy heating system and since the invention a few years ago of air scrubbers or air scoops these units can be installed in a boiler and eventually remove all the air and make the system completely quiet, more efficient and  less wear and tear on the boiler and the pumps.  Air is the most damaging element that can be in a hot water boiler.

The other big problem is that everyone uses the same pump and here again pump manufacturers have come out with 3 speed pumps that can be adjusted to what your system requires.  Sometimes a noisy system is caused by the pump that was installed with the boiler and a change of the pump can solve a lot of problems.

Since hot water boilers don't break like steam boilers a lot of them are older than 30 years old.  The efficiency of them is about 50%. Newer hot water boilers have efficiencies in from 85% to 95% efficient boilers so installing a new hot water boiler could be very cost efficient and make your house more comfortable since old boilers sometimes can't transfer the heat from the boiler to the radiators because they are filled with sediment.

After being in the plumbing and heating business for a long time I have seen some really odd things when its comes to heating.  One of the things that I don't understand is how a heating contractor will take a hot water heater that is supposed to only heat your hot water and make it into a boiler. These are not designed to be boilers. They don't have the safety's on the water portion of the boiler and they don't have the safety's on the flue section of the boiler and are very inefficient.  I had a customer in Cranford that after one of their floods they had a contractor install a hot water heater to heat her addition and she always complained about the room being cold.  Hot water heaters aren't designed to heat more than 140 to 150 degrees and heating should be anywhere from 160 to 180 degrees.  Eventually she changed the hot water heater and installed a small hot water boiler and all her heating problems were solved. They could sit in the addition in the winter and enjoy their family room.

Steam heating is the best heating ever designed

Steam heating is the best heating ever designed and when running properly these are the warmest houses when its bitter cold.  People are under the assumption that steam heating is primitive and there has to be loud noises, water leaking and inconsistent heating in different rooms.  That is not the case at all.

There are many problems with steam heating system and one of the most common ones is that the new boilers are not installed properly.  The installers don't follow the manufacturers recommendations or have no idea of how to pipe a steam boiler in correctly so that the new systems end up being loud with water is leaking out of the air valves, or there is banging in the system.  Leaks occur and property gets damaged.

One specific job was recently worked on in Westfield who had a new boiler installed and lived for many years with multiple problems which they thought they had to live with it because they had steam heat.  A general contractor came in and put some recessed radiators in because they thought the problem was the radiators on themselves.  Last winter they turned the system on and they had more problems even with the new radiators.  The general contractor hired and fired two plumbing & heating contractors and then eventually asked me to look at the problems. The recessed radiators looked like they were plumbed in fine but when I got to the boiler there wasn't one thing on the boiler that was piped in properly.  The steam piping was the wrong size, the wrong fittings were used.  The customer couldn't believe that the boiler was the reason for all the problems in his house.  After showing him some pictures and drawings of what steam boilers are supposed to look like he agreed to have us repipe the boiler and all his heating problems went away.  He said it was the first time he had a good night's sleep in all the time he had lived there.

Another problem in Westfield was that a steam boiler kept running out of water and shutting off.  We were called after another contractor had installed an automatic feed to try and elevate the problem and all they did was flood the house.  What was needed was a new return pipe that had been hidden behind a wall in a finished basement needed to be replaced and the problems went away.

Some steam heat problems can be solved by simply changing the pressuretrol.  Since the ban on the use of mercury all of our pressuretrols which control pressure in the boiler are done with a spring. There not as sensitive as the mercury used to be. So in the bigger houses people think that they need to run their boilers at an extremely high pressure and actually it's the lower the pressure the better off you are for noise, efficiency, leaks.   Sometimes we can install a vaporstat instead of a pressuretrol and regulate the pressure and it solves a lot of the problems especially if the boiler is installed properly.

Switching from oil to gas

Another example of how we can help our customers who have steam heating is After working for a customer for 25 years they decided to switch from oil to gas.
We installed a new steam boiler in their home.  For years the oil company serviced the oil burner yearly but did nothing on the steam part of the system.  I will say they did have the boiler piped in properly but never did anything to make sure that the radiators were heating properly or not leaking. After we installed the new boiler, we turned it on and were able to go room by room and make adjustments on all the existing radiators by replacing supply valves and air valves to make each room comfortable without any noise.  Again the customer said they lived all those years with being uncomfortable for no reason.
Anytime something is made more efficient it saves money and energy and cuts the wear and tear down on the boiler itself.

One of the big misconceptions of steam heat is that you can't control it.  The invention of thermostatically controlled air and supply valves originated in Europe where heating oil is expensive and they believe on turning off the heat to each room when they are finished in that room.  They can stop rooms from overheating and maintain a consistent comfortable temperature.  They are can be installed on most radiators.